Special Agents Nicks and Fielding are in the midst of heading up a search of the closed Northampton landfill. State Police Lieutenant Jim Massey arrives to confer with the agents and, later on, the prime suspect himself stops in. The presumed victims’ sister/aunt, Sandy Whiting, is also on scene. The suspect, Henneger, has already had an encounter with Special Agent Joanna Weirdlee. 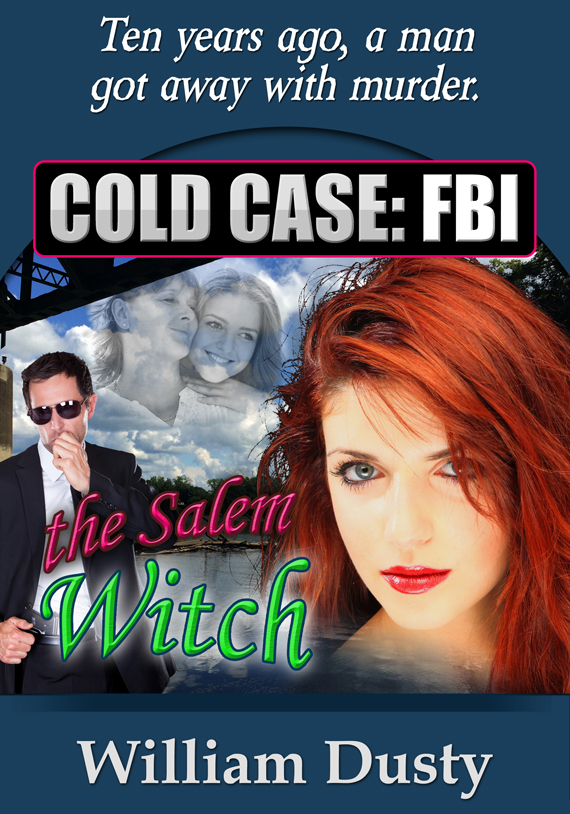 It was 2:00 PM at the Northampton landfill, and by this time the backhoes had been joined by an excavator to continue their work. Special Agents Nicks and Fielding had just returned from their lunch break, and presently they stood beside their rented Impala at the landfill’s front parking lot. A state trooper was there as well, posted at the landfill’s gate. Sandy Whiting, meanwhile, had found a spot for herself atop of the landfill’s dome, and she stood there quietly on her own observing the excavation. The television media, as expected, had also made their appearance, arriving earlier that morning in order to file their reports in time for the midday news segments. Other reporters came and left throughout the day. As before, Nicks directed the press to the local authorities for comment.

Nicks had also conferred with the Northampton police regarding any arrest record Lisa Saunders might have with them. They told him that she’d turned up clean, however. Meanwhile, two of Henneger’s drinking buddies did have drug-related arrests on file. Both, however, turned out to be minor pot possession charges, and so nothing that would warrant further investigation. On another matter—regarding whether Henneger had owned a boat while living in Hadley—they’d also come up empty. There was no record of him having a boat registered, and no one they interviewed recalled him ever having one.

Presently, a Massachusetts State Police cruiser drove through the front gate and pulled into the parking lot, parking next to the agents. Two troopers got out of the vehicle, and the driver, Lieutenant Jim Massey, approached the FBI men.

“We just finished our search of Elwell island,” he said to Nicks, speaking of a small, forested islet in the Connecticut River tucked between Northampton and Hadley, just north of the Calvin Coolidge Bridge. “Nothing to report there.”

Nicks gave him a nod. “Thanks.”

Massey looked off to the landfill dome, there spotting Sandy Whiting perched at its top. “That the Whiting woman up there?”

The lieutenant turned to him, frowning. “The Northampton PD told me she started some trouble in town last night.”

“We need to tell her to stay out of this,” said Massey. He pointed off to her. “She shouldn’t even be up there.”

Nicks put his hands on his hips and looked off to Whiting himself. “Oh, she’s not interfering with anything we’re doing. And if she’s getting our guy a little agitated, then good.”

Nicks looked at him. “I’ve been meaning to talk to you about that. I’d like you to put an officer with her until this is all done.”

“It’s just for today,” said Nicks. “I’ve called our Boston field office and asked for a couple of guys.”

“You should tell Mrs. Whiting to go home,” Massey said. “There’s nothing for her to do out here. We’re just wasting manpower.”

“I understand your position, Lieutenant,” said Nicks, “but bear with me.”

Just then, from out on Glendale Road, an old, beat-up van came barreling along. This was none other than John Henneger himself, who’d apparently watched the noontime news and so learned about the landfill search. The FBI men and police lieutenant watched as his speeding van careened into the landfill’s driveway and then came to a screeching halt just before the state trooper posted at the gate, who waved frantically for him to stop.

Henneger leaped out of the driver’s side, all afury. He ignored the trooper approaching him, and looked off at Nicks and Fielding in the parking lot. “You fuckin’ assholes!” he screamed at them. “You got everyone callin’ me a murderer! The whole fuckin’ town!”

Nicks, Fielding, and Massey all looked back at him, a bit taken aback.

The trooper nearby Henneger instructed him to back off. Henneger sneered at him. “Fuck off,” he said, waving at the driveway. “I’m outside, here.”

“Let him be,” Massey called out to the trooper. “As long as he stays on that side of the gate.”

Henneger marched up closer to the gate, the trooper following in escort. He yelled out at the men inside, “You keep that fuckin’ redheaded witch away from me! You hear me? I’ll sue all your asses for harassment!” Then he spotted Sandy Whiting atop the landfill dome, and he jabbed a finger at her. “And you keep that fuckin’ bitch away from me, too! I’ve had enough of her bullshit!”

Nicks looked casually at the lieutenant. “See? I told you.”

“I wonder what Agent Weirdlee did to get him all worked up?” Fielding asked.

Henneger paced back and forth as he continued to spout off. “I been through all this bullshit a dozen times before! Ten fucking years of you assholes hounding me! I am fuckin’ tired of it!” He stormed off back toward his van then, pointing at the agents. “I’m getting me a lawyer, and you assholes are gonna pay if you keep it up!”

Reaching his van, he jerked open the driver’s door and jumped inside. Firing it up, he yanked the vehicle into reverse and spun it about, kicking up a cloud of dust. Shifting it into forward, he gunned the van out of the driveway and off down Glendale Road, heading back north.

The lawmen stood there watching him speed off.

“News travels fast,” said Fielding. “He came all the way out here just for that?”

Nicks pursed his lips, considering. “The man’s getting flustered.”

Massey, though, had another thought in mind. “He’s getting pissed off, is what he’s getting.”

Nicks turned around and looked off at the landfill. “Yeah, well, I don’t think we’re going to find anything here, anyway. He wouldn’t have driven out here if he thought we might be waiting for him with a pair of handcuffs.”

From down the road, then, a Hadley police cruiser came along. It slowed and turned into the landfill’s driveway.

The state trooper at the gate let the cruiser pass, and it came into the lot and parked close to the other cars. Out of it then hopped Hadley Police Chief Towers and Sergeant Banning.

“Thought I’d find you guys here,” said Towers in a tired voice, glancing at both Nicks and Fielding.

“We’re done with the transit station,” the chief said.

“This is all just a waste of time, you know,” said Banning. “All we’re doing is retracing what we did ten years ago. And do you honestly believe Henneger would stick around if he thought we might dig up those girls somewhere?”

“No, I don’t,” Nicks replied tersely. “Once we’re all caught up with these old searches, though, I want to get started on some new ones.”

“What do you mean?” asked Massey, too, sharing the chief’s curiosity.

“Look, this guy’s been all over the place the past ten years,” Nicks explained. “We have to assume there’s a possibility he might have taken the bodies on a road trip somewhere. He could have kept them someplace temporarily and then moved them to a more permanent spot later on. He didn’t destroy them—I’m pretty sure of that, now. He wouldn’t be all pissed off at us if he did. So they’re somewhere. We’re just not looking in the right places.” He turned to Towers, saying, “We need to know everything about this guy—who his friends were back in the day, where his other job sites were located. I’d also like to know where he goes to for vacation.”

“Vacation?” Towers snarled. “You think he took their remains on vacation with him?”

Nicks answered, “Henneger’s a pretty smart guy, Chief. He’s not going to dump their bodies just anywhere and then hope for the best. He’s going to put them in a spot he knows well enough to be sure they won’t be found. He’ll have been there before—maybe even lots of times before. Hell, he may still go there today.”

“Shit,” said Fielding. “He coulda dumped them into the ocean, for all we know.”

Nicks looked at him. “Let’s just hope for our sake he didn’t.”

Massey took out his smartphone and tapped on his weather app. He studied it, then said, “Well…looks like it’s going to pour all day tomorrow. We had plans to do the Hop Brook search over on Station Road. It’s a boggy area there, so I suppose since we’re gonna get wet anyway, we might as well keep to doing that.”

“Yeah,” said Nicks. “We can also spend the day catching up on interviews.” He turned to Fielding. “Coordinate with Agent Weirdlee. Take care of the remaining people on our list, and I’d also like her to go back and ask some of the people she’s already talked to about places Henneger vacations at.”

Fielding smiled at him. “Now she’s our partner, aye, boss?”